Stringfellow Road Closed at I-66 During Overnight Hours This Weekend, April 23-24, for Continued Overhead Bridge Work

The Stringfellow Road ramps to I-66 East/from I-66 West will also be closed during this time. 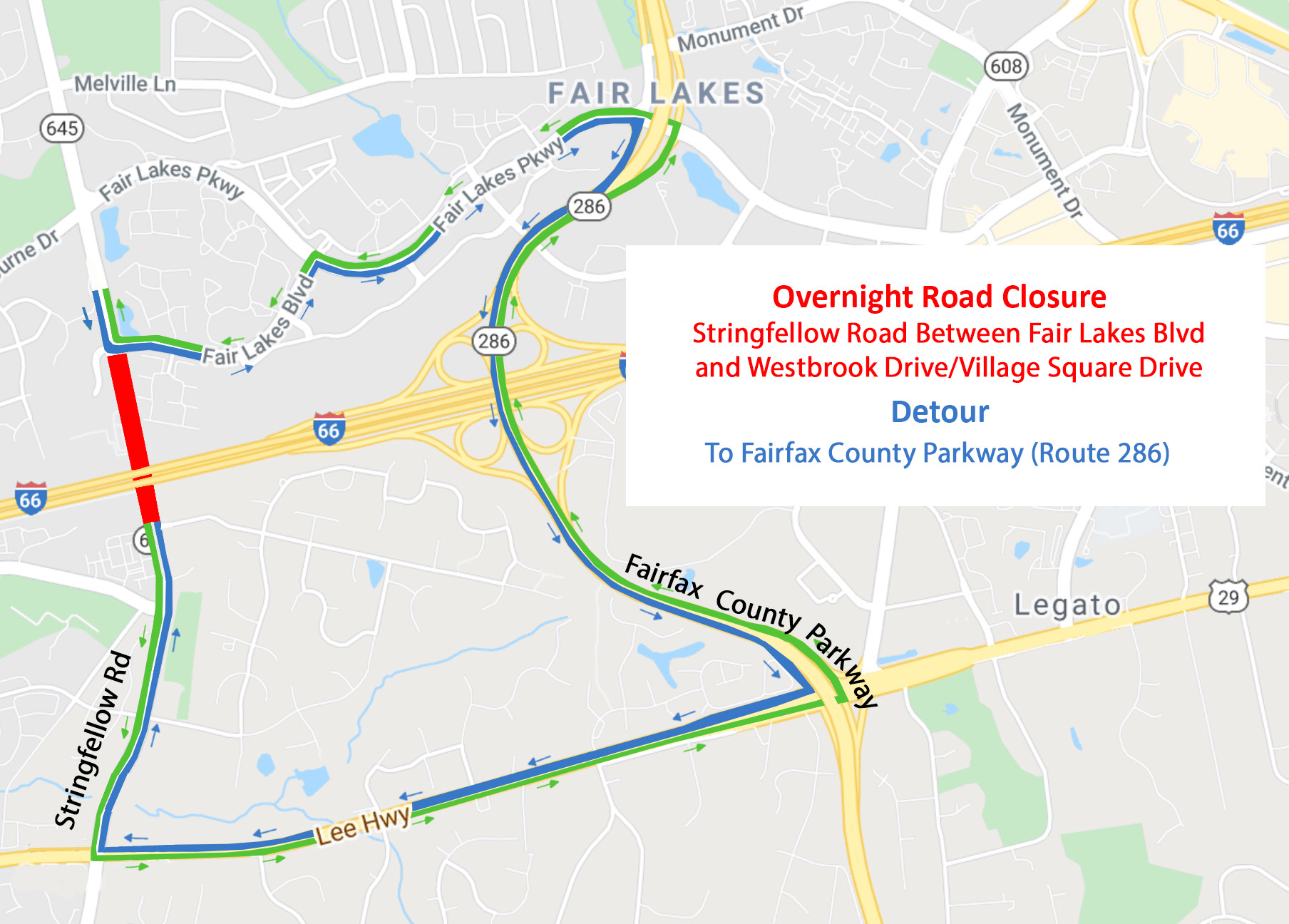 The I-66 bridges over Stringfellow Road are being widened to accommodate the new I-66 Express Lanes and provide room for any future mass transit along I-66.

Construction and lane closure updates are available at Transform66.org and on Twitter @VaDOTNOVA.