FAIRFAX – Planned closures of I-66 West for installation of bridge beams for a new Route 28 South bridge over I-66 will continue during the overnight hours tonight, Thursday, August 12, and next Monday, August 16. I-66 West will close at Route 28 with drivers directed to Route 28 North, Westfields Boulevard, then Route 28 South to return to I-66 West. The Route 28 Interchange is being rebuilt as part of the Transform 66 Outside the Beltway Project.

Drivers traveling on I-66 during this time should expect delays and consider using alternate routes.

All work is weather dependent and may be rescheduled if inclement conditions occur.

The Route 28 Interchange is being reconstructed to improve traffic flow on I-66 and Route 28, and provide access to and from the future I-66 Express Lanes. The I-66 Outside the Beltway Express Lanes, which span from I-495 to Route 29 (Lee Highway) in Gainesville, are expected to open in December 2022.

Construction and lane closure updates are available at Transform66.org and on Twitter @VaDOTNOVA. 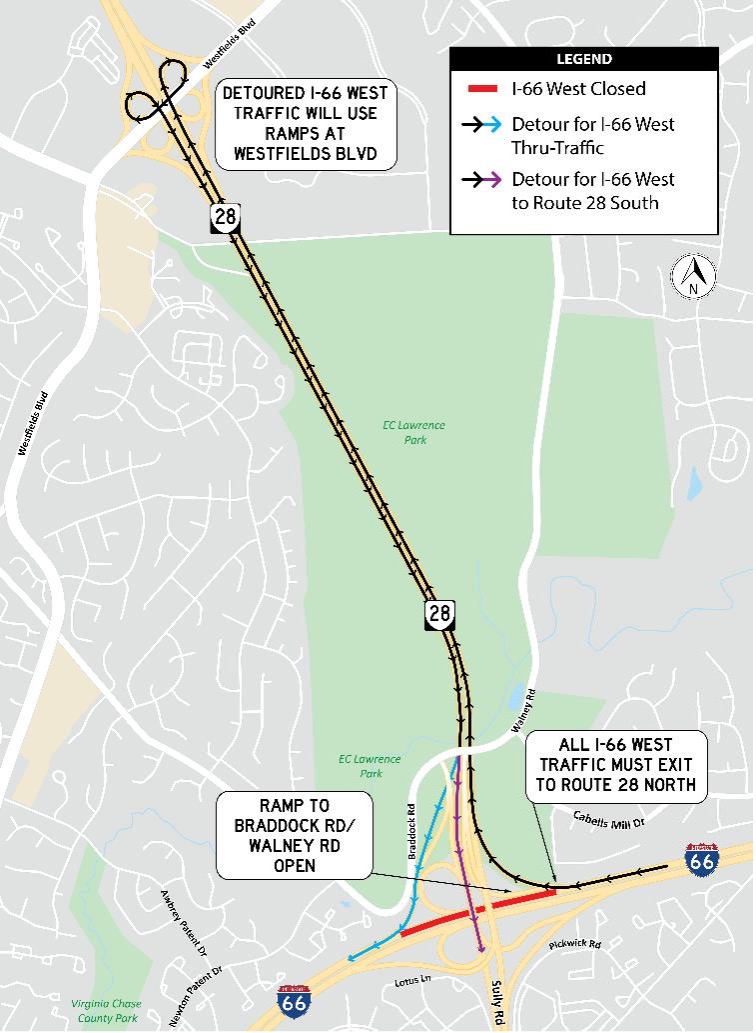 All lanes of I-66 West approaching Route 28 will be closed during the overnight hours Thursday, August 12, and Monday, August 16, for installation of bridge beams for a new Route 28 South Bridge over I-66. All traffic will be detoured around the closure via Route 28 North.