Turn from Route 28 South to Braddock Road Will Close Permanently On or About Thursday, Nov. 5

FAIRFAX – The right turn from Route 28 South to Braddock Road will permanently close to traffic beginning around 8 p.m. on Thursday, November 5. This permanent closure is part of a series of traffic changes being implemented at the I-66/Route 28 Interchange and along the Route 28 corridor as part of the Transform 66 Outside the Beltway Project.

The redesigned Route 28 Interchange includes a new overpass connecting Braddock Road and Walney Road. There will not be direct access from Route 28 South to Braddock Road. Drivers will need to exit at Westfields Boulevard to reach Braddock Road. 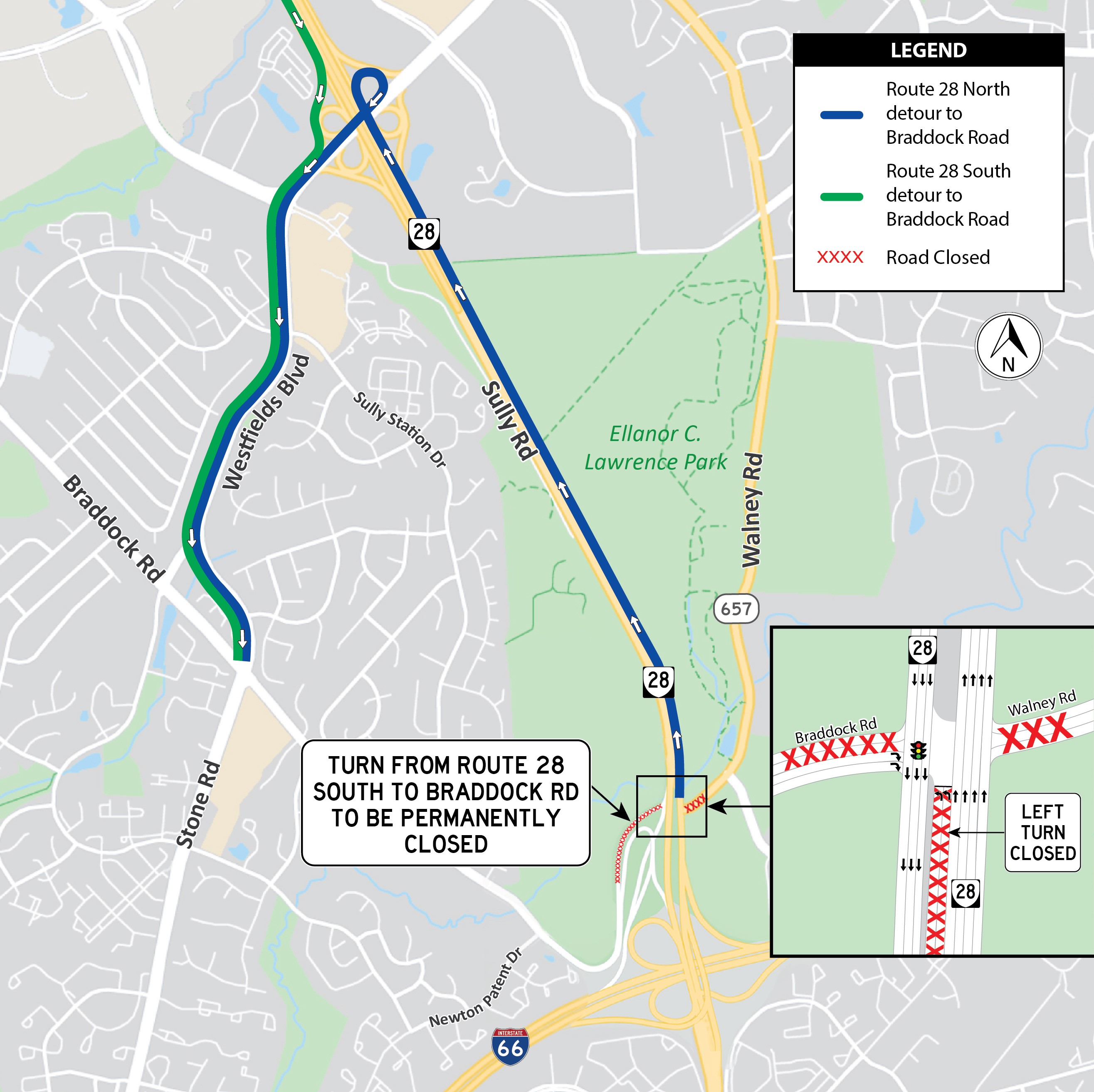 Drivers should use caution and pay attention to lane markings and roadway signs when traveling in this area.

The new Route 28 and I-66 Interchange will improve traffic flow on I-66 and Route 28 and provide access to and from the future I-66 Express Lanes. The I-66 Outside the Beltway Express Lanes, which span from I-495 to Route 29 in Gainesville, are expected to open in December 2022.

Weekly updates are available at Transform66.org and on Twitter @VaDOTNOVA.