To implement these changes, the ramps will be temporarily closed around 9 p.m. on Friday, October 9, through 5 a.m. on Tuesday, October 13.

Upon reopening during the early morning hours of Tuesday, October 13, drivers should expect the following traffic pattern change, weather permitting: 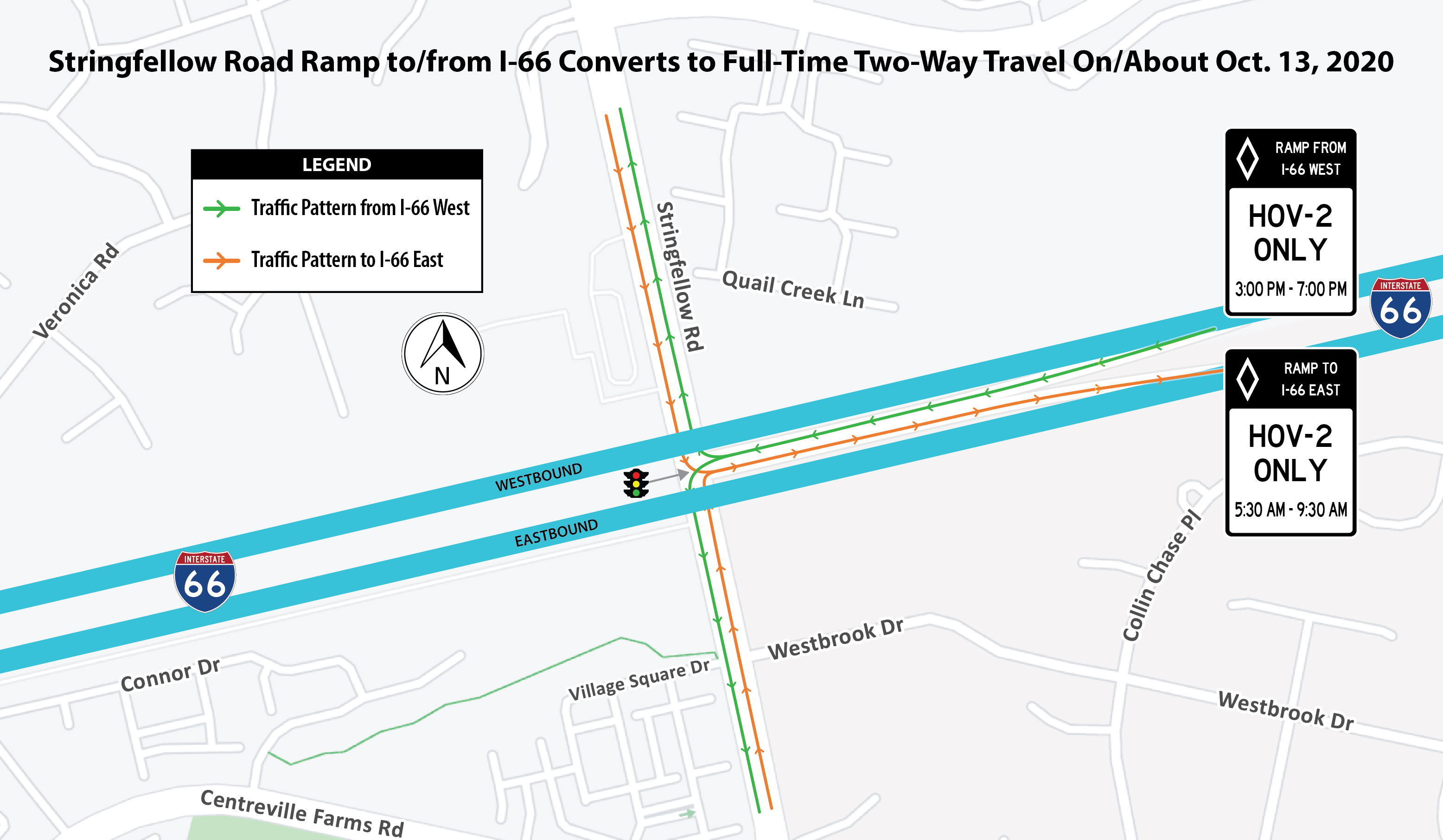 All work is weather dependent and will be rescheduled to the following weekend if inclement conditions occur.

Similar changes were implemented at the Monument Drive ramps [outside.transform66.org] on September 2.

Weekly updates will be available at Transform66.org and on Twitter @VaDOTNOVA.