Route 28 in Centreville Reduced to One Lane in Each Direction During Overnight Hours Next Week, August 3-6
Closures needed for Braddock Road/Walney Road Bridge beam installation

UPDATE (8/3): Due to forecasted inclement weather, this work has been rescheduled to begin Thursday, August 6, and continue the following week.

FAIRFAX - Route 28 in Centreville will be reduced to a single travel lane in each direction for about one mile during overnight hours Monday, August 3, through Thursday, August 6, to accommodate installation of beams for the new Braddock Road/Walney Road Bridge that is being constructed as part of the Transform 66 Outside the Beltway Project. Two-way traffic will run on Route 28 North so that crews can safely install bridge beams over the southbound lanes of Route 28.

Other closures necessary during this time include: the ramps from Route 28 South to I-66 East and West, the ramp from I-66 East to Route 28 North, and Braddock Road near Route 28. Detours will be posted. Drivers should expect delays if traveling in this area. 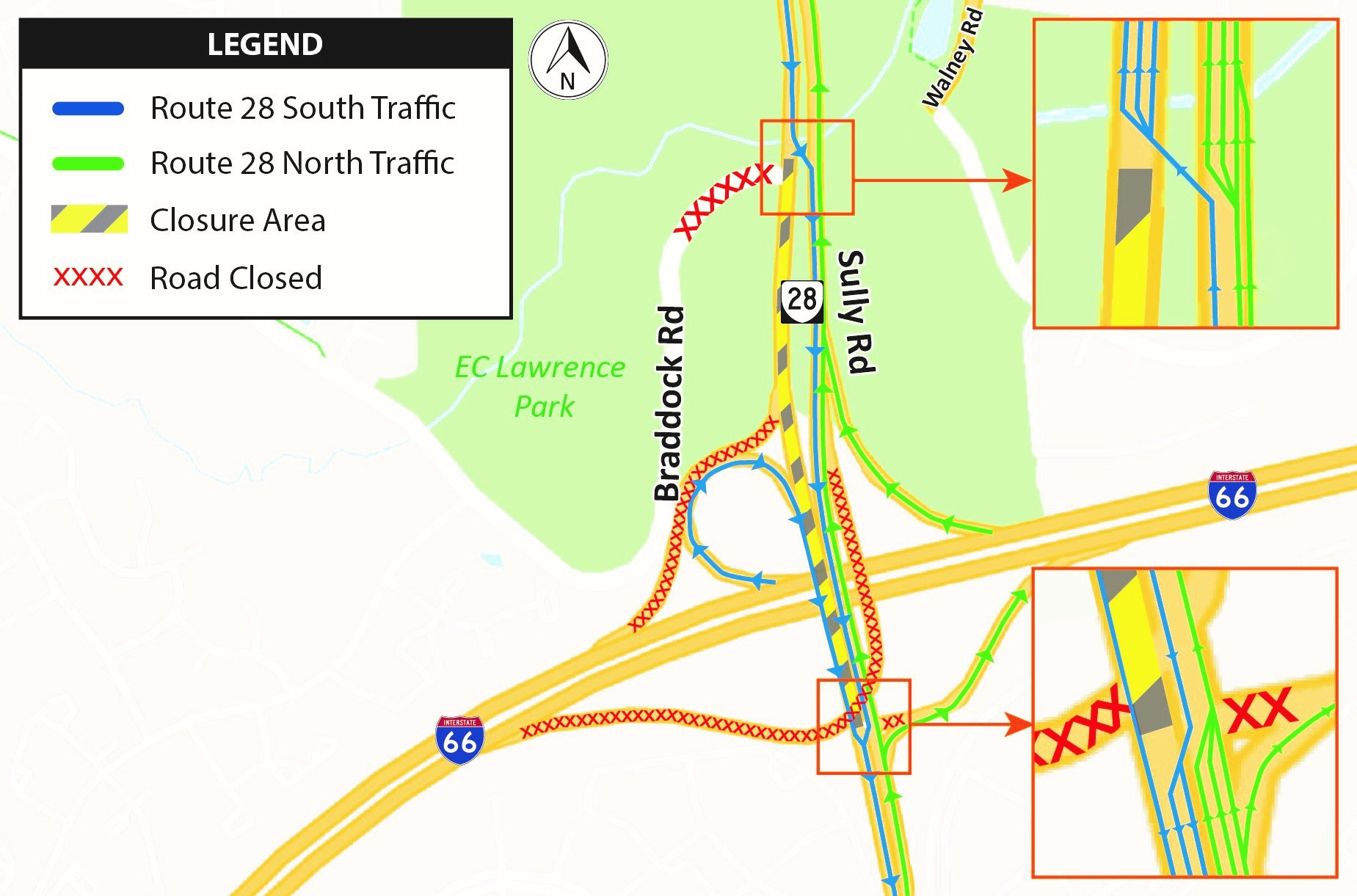 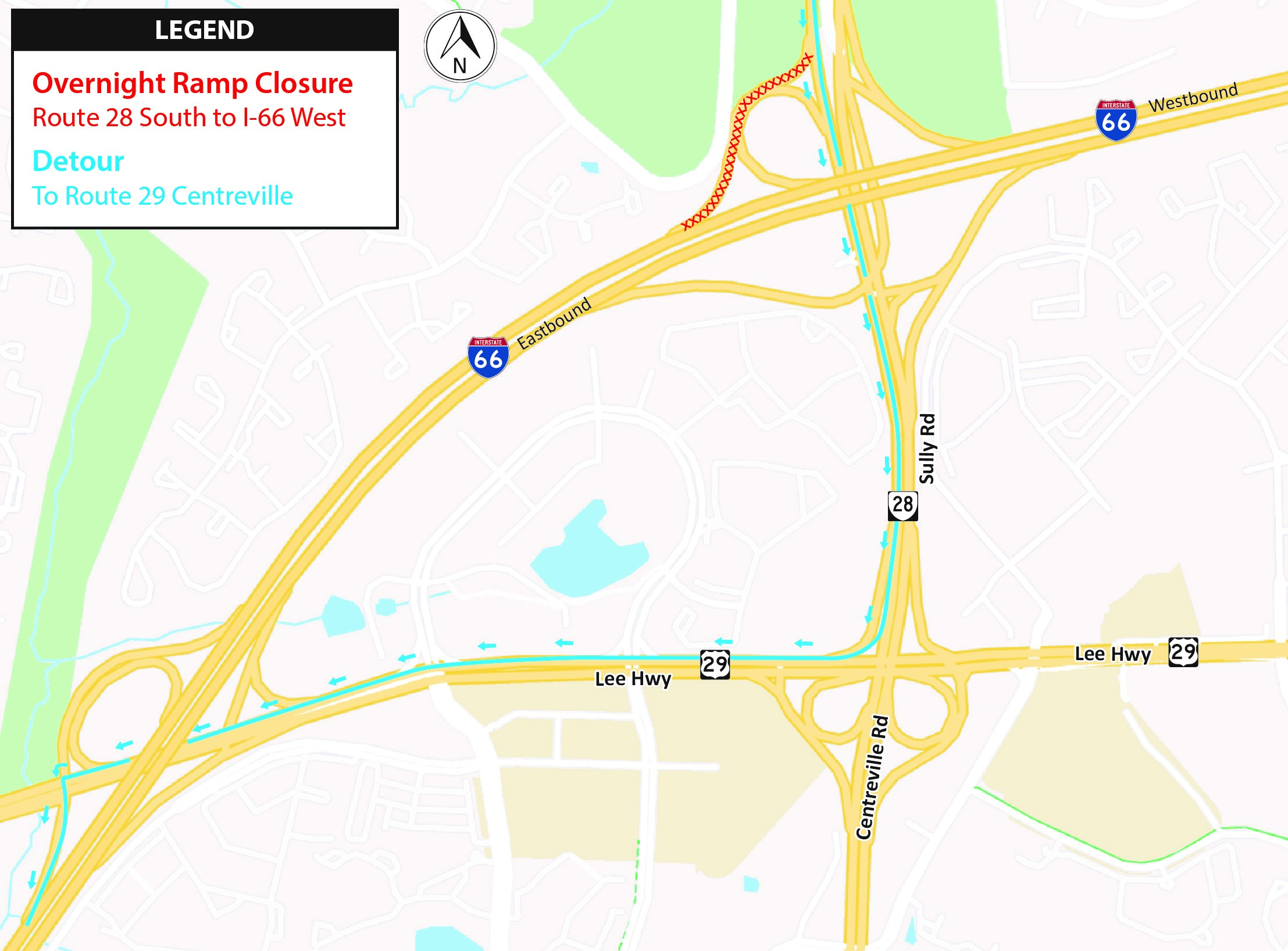 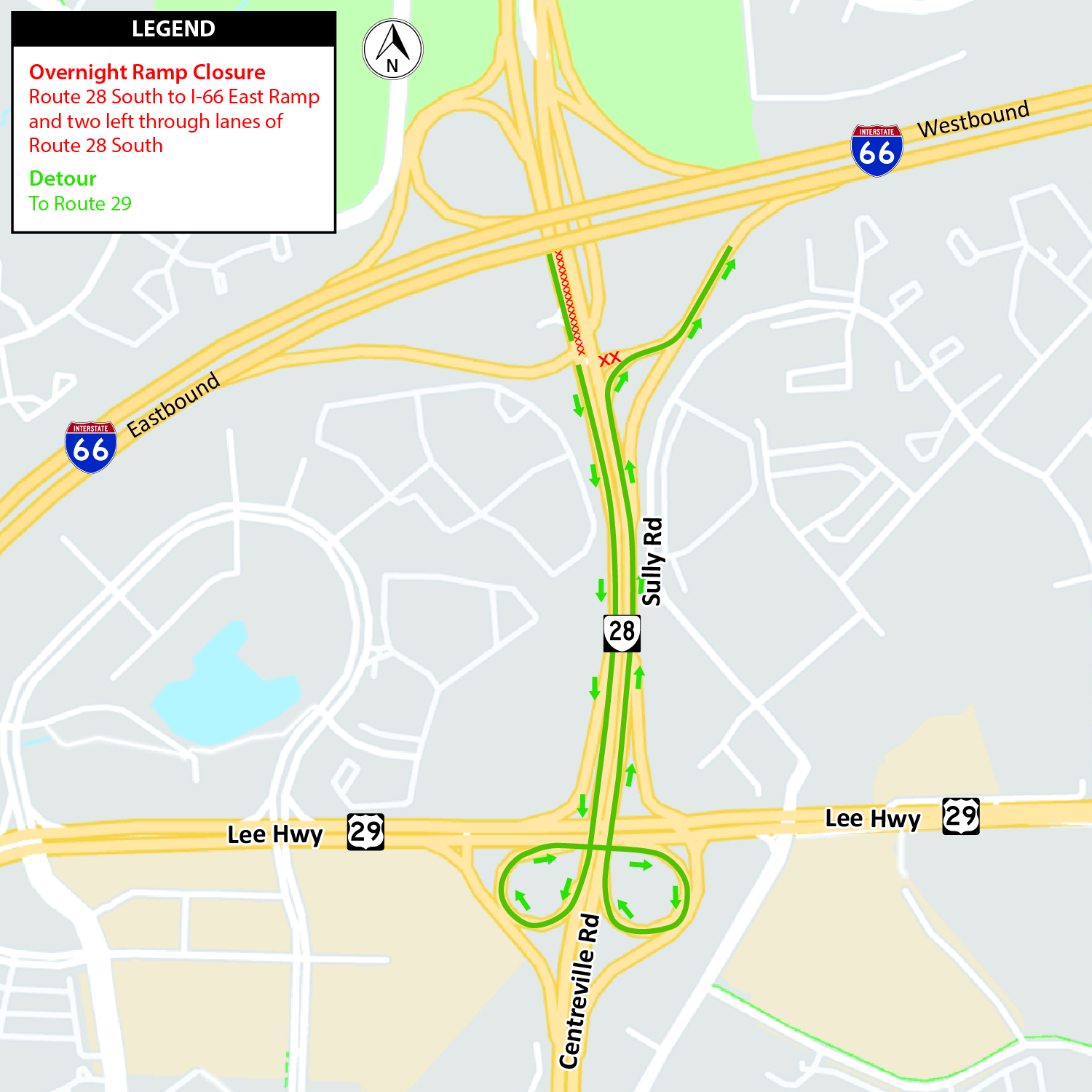 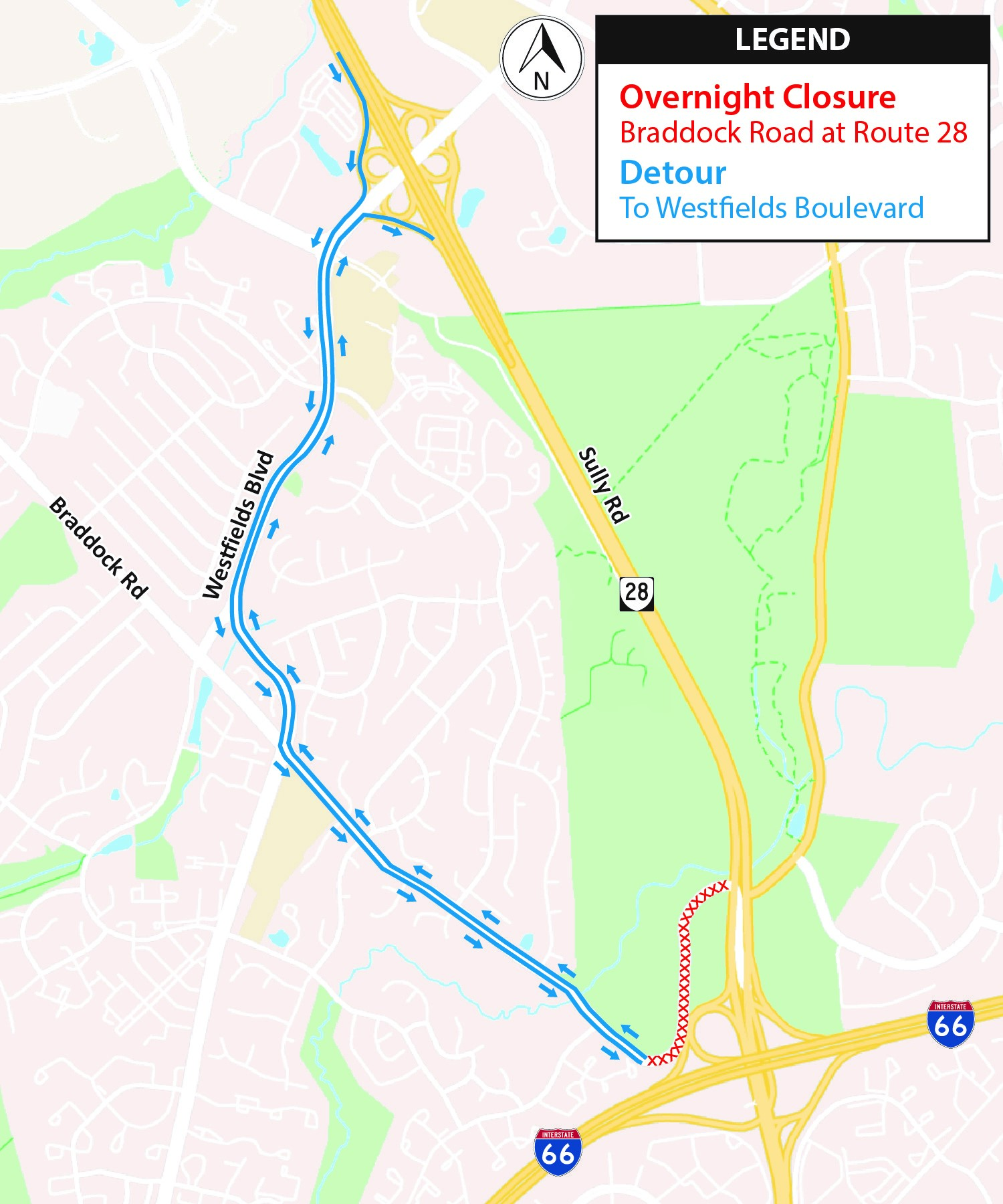 Braddock Road and Walney Road are being connected via a new overpass with direct ramp access to Route 28 and the future I-66 Express Lanes and general purpose lanes as part of the Transform 66 Outside the Beltway Project. The project includes removal of the traffic signals on Route 28 between Westfields Boulevard and Route 29 by the end of 2020.

Drivers should expect more closures, stoppages, and detours on Route 28 in subsequent weeks for installation of additional bridge beams. Message boards on I-66 and Route 28 are providing advance notice of lane closures and traffic stoppages. Weekly updates are available at Transform66.org and on Twitter @VaDOTNOVA.