FAIRFAX – The ramp from Route 28 South to I-66 West is scheduled to be closed during the overnight hours Thursday, April 16, beginning at 8 p.m. The ramp will re-open by 6 a.m. on Friday, April 17, along with a nearby section of Braddock Road between Route 28 and Newton Patent Drive that closed on April 13. Closures are needed for construction of a new bridge connecting Braddock and Walney Roads as part of the Transform 66 Outside the Beltway Project.

Drivers on Route 28 South exiting to I-66 West will be directed to continue farther south to Route 29 South, follow signs to I-66 West and make a left at the traffic signal to access I-66 West. 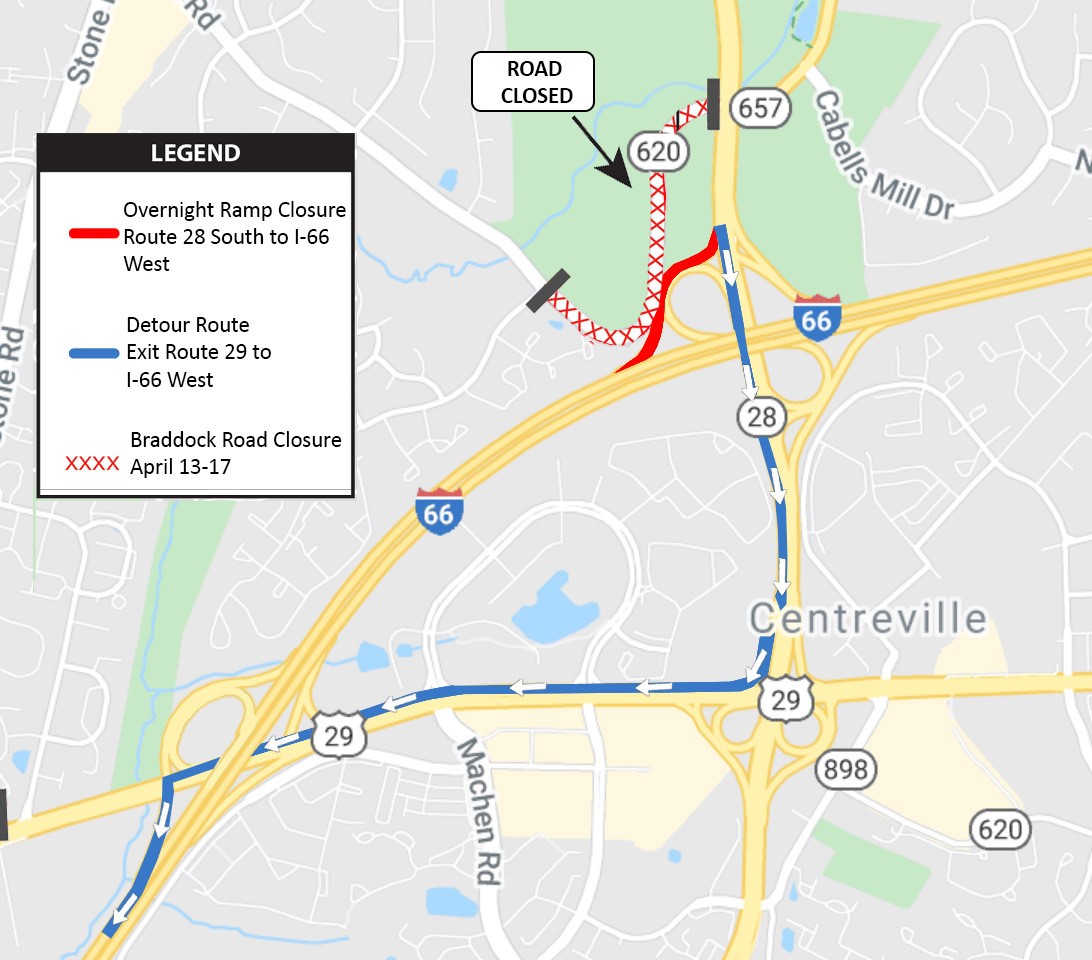 During the closure of Braddock Road between Newton Patent Drive and Route 28 (through Friday morning, April 17), drivers are being directed to the Westfields Boulevard Interchange to access Braddock Road and Route 28.

Additional construction-related detours and traffic pattern changes will continue as crews rebuild the Route 28 Interchange to add access to the I-66 Express Lanes.

Weekly updates are available at Transform66.org and on Twitter @VaDOTNOVA.