New Flyover Ramp from I-66 East to Route 28 North Opening on or about Wednesday, July 8
Early project milestone opens ahead of schedule

FAIRFAX – The first new exit ramp and bridge for the under-construction I-66 and Route 28 Interchange is scheduled to open ahead of schedule beginning on or about Wednesday morning, July 8. Drivers on I-66 East will exit to Route 28 North using the new flyover ramp, located prior to Route 28 and the old loop ramp. The new ramp was completed as an early interim milestone for the I-66 Outside the Beltway Project, and is the first of several permanent traffic pattern changes happening this year at the I-66 and Route 28 Interchange area.

Once the new I-66 East to Route 28 North ramp opens, the old loop ramp will close permanently to allow for construction of new northbound Route 28 thru-lanes and additional ramps for the redesigned interchange. Drivers should use caution and follow roadway signs when traveling in this area. 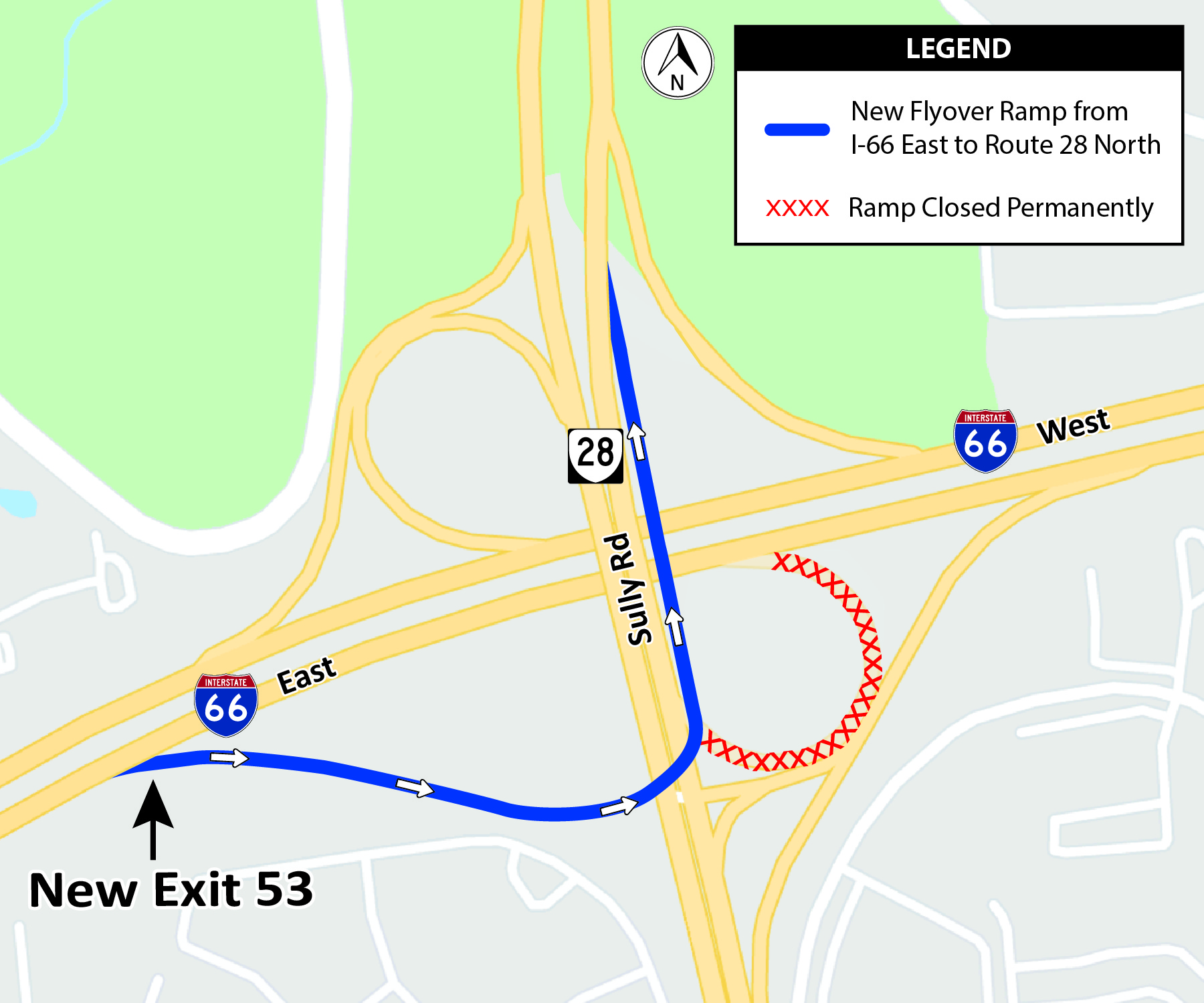 The next major change at the I-66 and Route 28 Interchange is the opening of a new ramp from Route 28 South to I-66 East, planned to occur in August. Later this year, the remaining traffic signals on Route 28 between Westfields Boulevard and Route 29 will be removed, and a new overpass to reconnect Braddock Road and Walney Road is scheduled to open.

The new Route 28 and I-66 Interchange will improve traffic flow on I-66 and Route 28, and provide access to and from the future I-66 Express Lanes. The I-66 Outside the Beltway Express Lanes, which span from I-495 to Route 29 in Gainesville, are expected to open in December 2022. 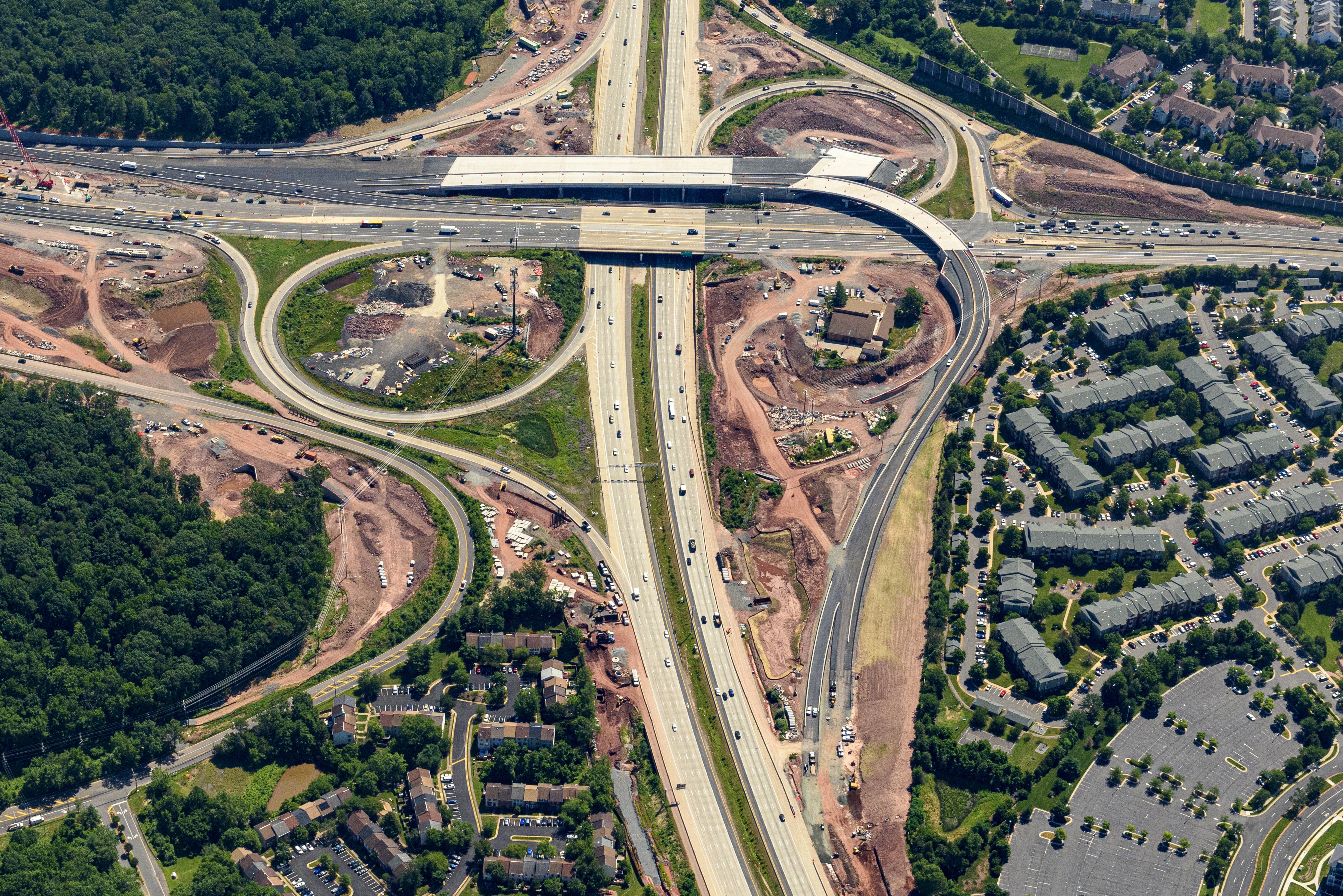 Aerial view of new ramp from I-66 East to Route 28 North, scheduled to open on or about July 8.