NEW DATE: Route 28 North Shift to New Alignment at I-66 Rescheduled for on or about Wednesday, November 4
Ramp from Route 28 North to I-66 East will be accessed from the left-most lanes of northbound Route 28 for approximately two weeks; Route 29 (Lee Highway) South drivers will be temporarily routed to the I-66/Route 29 Centreville Interchange to access I-66 East

FAIRFAX – Route 28 North will be shifted to a new bridge over I-66 beginning on or about the morning of Wednesday, November 4. The new, permanent alignment for Route 28 is slightly to the east of the existing Route 28 bridge over I-66 and is one of several major traffic pattern changes happening this year at the I-66 and Route 28 Interchange area as part of the Transform 66 Outside the Beltway Project.

Following this traffic shift, drivers on Route 28 North traveling to I-66 East will temporarily access eastbound I-66 from the left-most travel lanes. This temporary traffic pattern will remain in place for about two weeks while crews finish constructing the new, permanent ramp from Route 28 North to I-66 East.

When the new bridge opens, drivers traveling on the ramp from I-66 East to Route 28 North will merge onto Route 28 North from the left side of the roadway, with northbound traffic to their right. 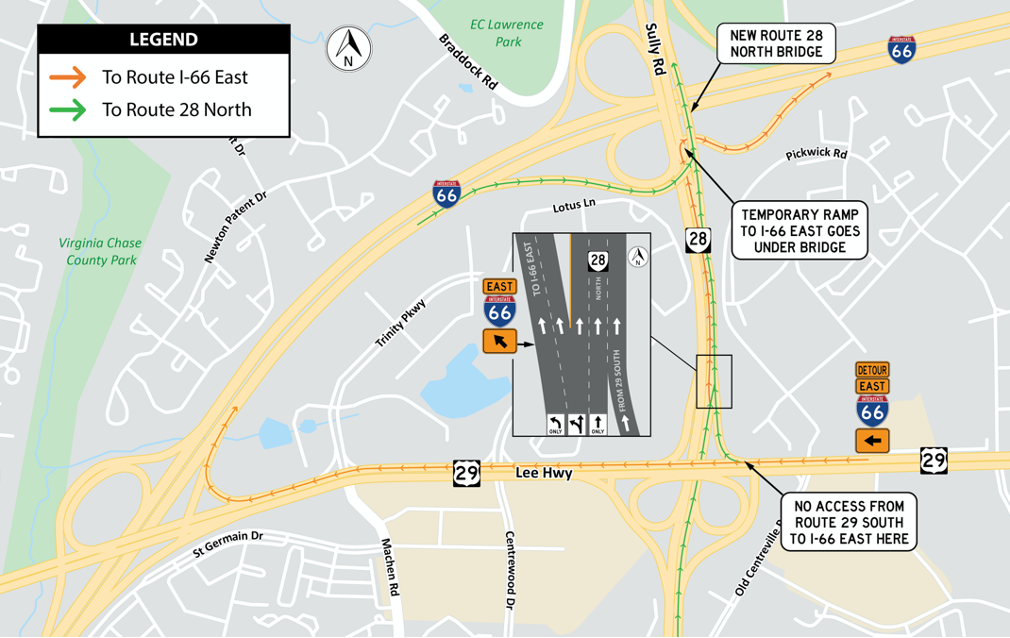 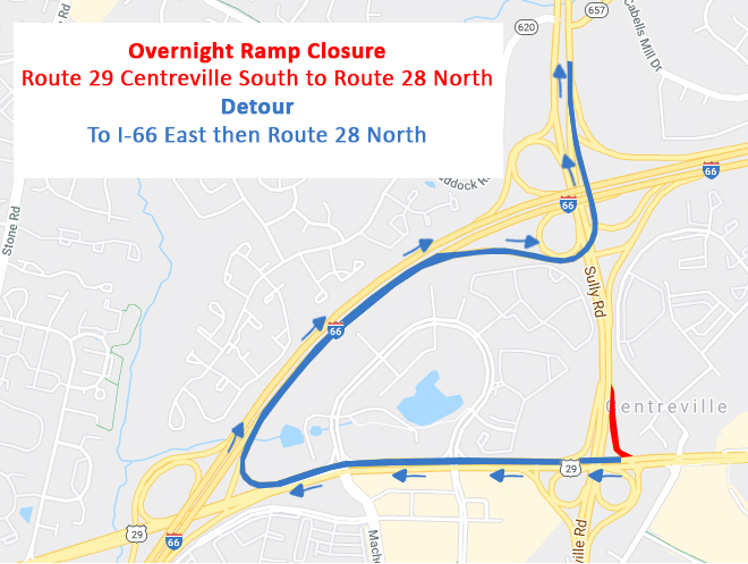 Drivers should use caution and pay attention to lane markings and roadway signs when traveling in this area.

The new Route 28 and I-66 Interchange will improve traffic flow on I-66 and Route 28, and provide access to and from the future I-66 Express Lanes. The I-66 Outside the Beltway Express Lanes, which span from I-495 to Route 29 in Gainesville, are expected to open in December 2022.

Weekly updates are available at Transform66.org and on Twitter @VaDOTNOVA. To receive updates automatically by email, sign up here.