I-66 Reduced to One Lane in Each Direction in Centreville Area During Overnight Hours Saturday, March 7, for Bridge Demolition
Bull Run Drive bridge over I-66 is being replaced as part of Transform 66 Project

FAIRFAX - Demolition of the old Bull Run Drive bridge over I-66 in western Fairfax County will require reducing I-66 to a single travel lane in each direction for about one mile from 10 p.m. on Saturday, March 7, to 8:30 a.m. on Sunday, March 8. Two-way traffic will run on I-66 East to allow crews to safely perform bridge demolition activities over the westbound lanes of I-66.

Posted travel speeds will be reduced to 25 miles per hour through the work zone. The Manassas rest areas on I-66 East and West near the work zone will be closed from 9 p.m. Saturday, March 7, until around 9 a.m. Sunday. Drivers should expect delays when traveling in this area. 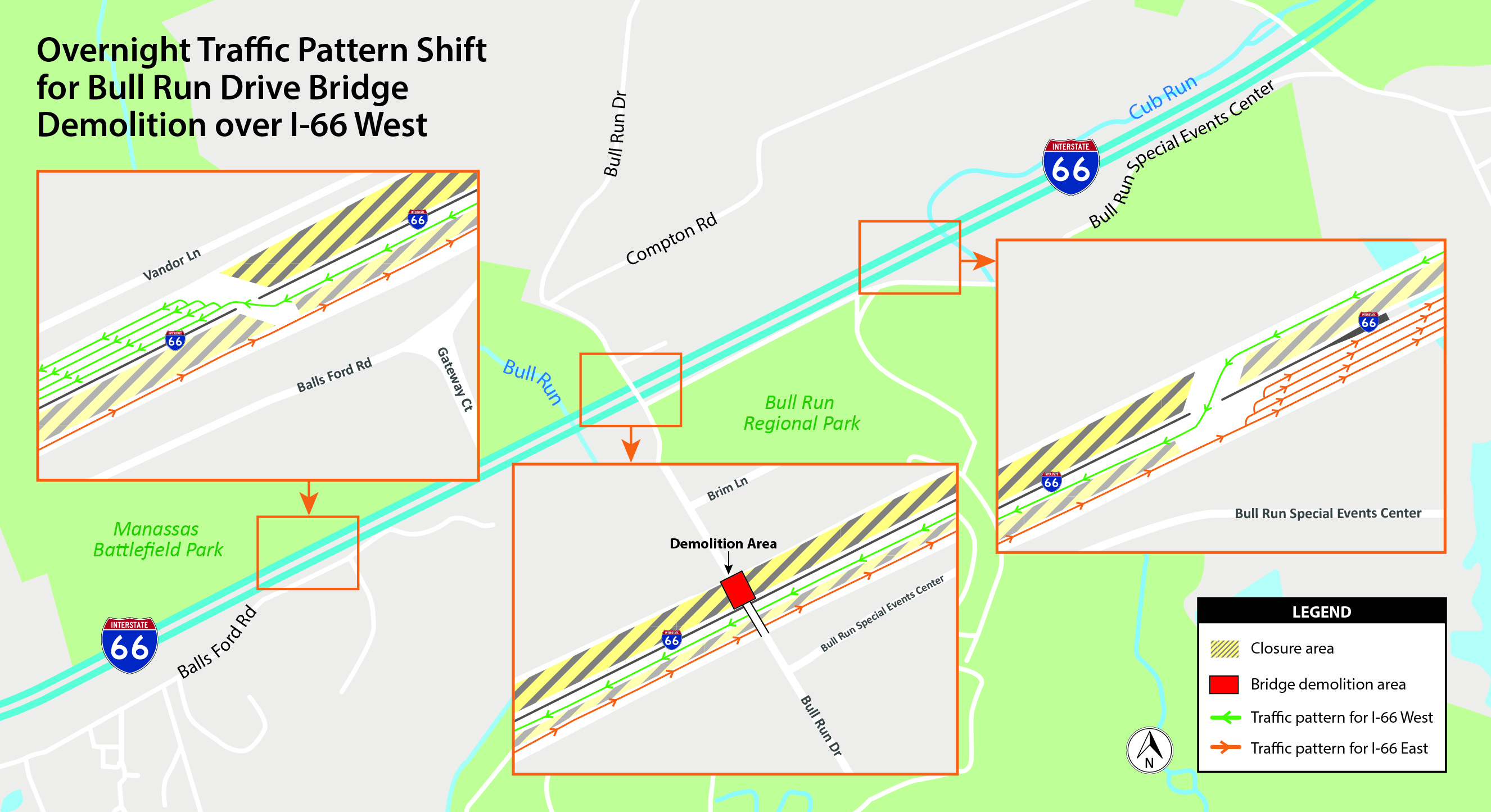 Similar overnight lane closures for bridge demolition over the eastbound lanes of I-66 are planned to occur next Saturday, March 14, from 9 p.m. to 9 a.m. on Sunday, March 15. Portions of the bridges not directly over I-66 will be demolished during daytime hours, and will not impact traffic on I-66. Demolition of the bridge piers will occur after the decking has been removed and will require closure of multiple lanes.

The new Bull Run Drive bridge partially opened to a single, alternating lane of traffic in mid-February and will be fully open to traffic (one lane in each direction) in early March. The old bridge is being demolished to allow space for new highway lanes underneath.

All work is weather dependent and will be rescheduled to the following Saturday(s) if inclement conditions occur.
On Twitter, follow VDOT Northern Virginia at @VaDOTNOVA