Cedar Lane Bridge Demolition, Beam Removal to Require Overnight Lane Closures and Traffic Stoppages on I-66 This Weekend and Next Week
UPDATE (6/5): Bridge Beam Removal Now Planned for Nights of June 8 and 9 (I-66 West) and June 10-12 (I-66 East)

FAIRFAX – Demolition of the Cedar Lane Bridge over I-66 in Vienna continues during daytime and overnight hours this weekend and next week. Lane closures will be required on I-66 East and West nightly to safely conduct bridge deck demolition and beam removal over the roadway. The bridge is being demolished and rebuilt to accommodate the widening of I-66, as part of the Transform 66 Outside the Beltway Project.

What’s Ahead this Weekend and the Week of June 7:

What I-66 Drivers Should Expect:

The future Cedar Lane Bridge is scheduled to open in November 2020.  The new bridge will consist of two 12-foot lanes (one lane in each direction). A shared-use path for pedestrians and bicyclists will be built on the east side of the bridge, as well as a sidewalk on the west side of the bridge. The bridge will also have seven-foot-tall fencing on both sides.

During the Cedar Lane Bridge closure, a posted detour routes drivers, cyclists, and pedestrians to Gallows Road to cross I-66 using either Cottage Street (north side of I-66) or Hilltop Road and Route 29/Lee Highway (south side of I-66).

Additionally, the Transform 66 Outside the Beltway Project is partnering with Fairfax County to enhance transit services in the vicinity of the bridge. Fairfax Connector Routes 462 and 467 are offering increased frequency and expanded hours during the bridge closure to assist affected travelers. Visit www.FairfaxConnector.com for additional information.

Visit outside.transform66.org/CedarLane for construction updates and more information on the planned closure and reconstruction of the Cedar Lane Bridge. 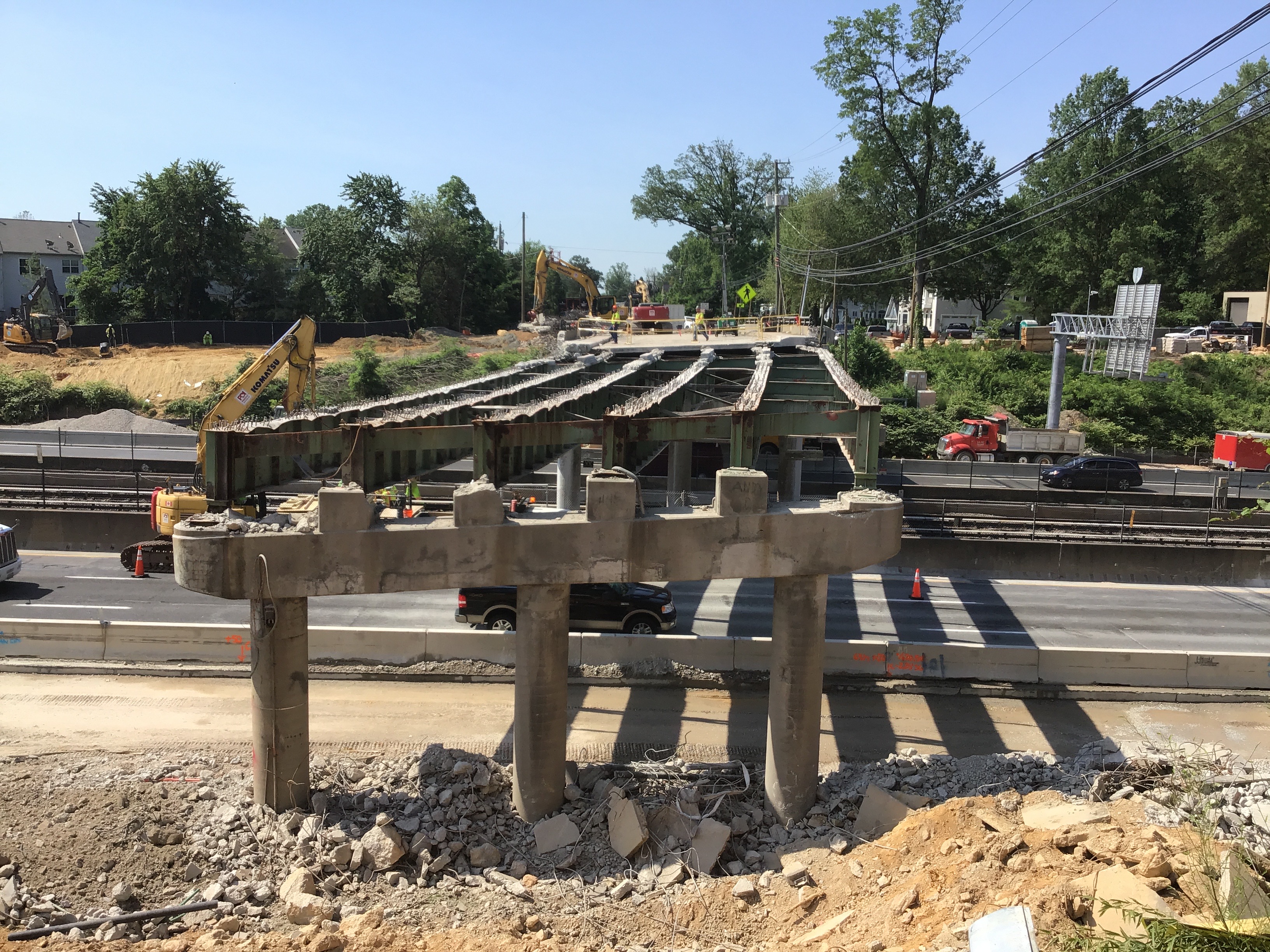 Cedar Lane Bridge deck has been demolished over I-66 West and the Metrorail tracks. Crews cleaned the tracks and removed protective equipment this morning. (June 4)