Vaden Drive Bridge Construction Update: Lane Closures Continue on I-66 Next Week as Bridge Demolition Progresses to Span Over I-66 West
Construction of new bridge abutment to begin week of Nov. 10

FAIRFAX – Demolition of the Vaden Drive bridge over I-66 near the Vienna Metrorail Station continues during the day and nighttime hours. Nightly lane closures on east and westbound I-66 will be required next week. Crews are demolishing the existing Vaden Drive bridge and constructing a new one as part of the Transform 66 Outside the Beltway Project.

Construction Progress During Week of Nov. 3:

What's Ahead This Weekend and the Week of Nov. 10:

What Drivers Should Expect: 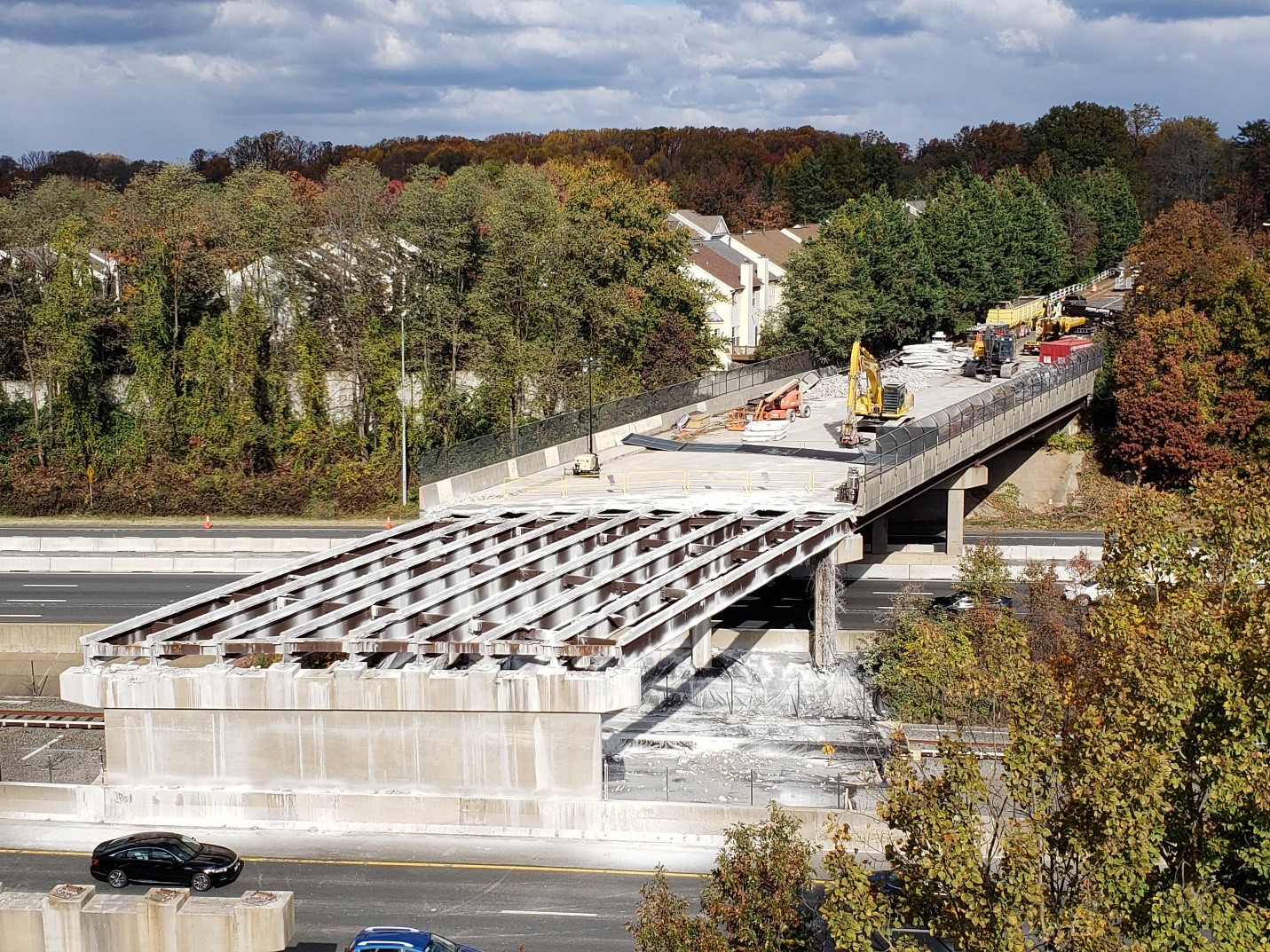 Demolition progress as of Friday, Nov. 8. The spans over I-66 East have been removed. Concrete removal for the span over the Metrorail tracks is complete. Covering used to protect the tracks during demolition is visible below the remaining girders. 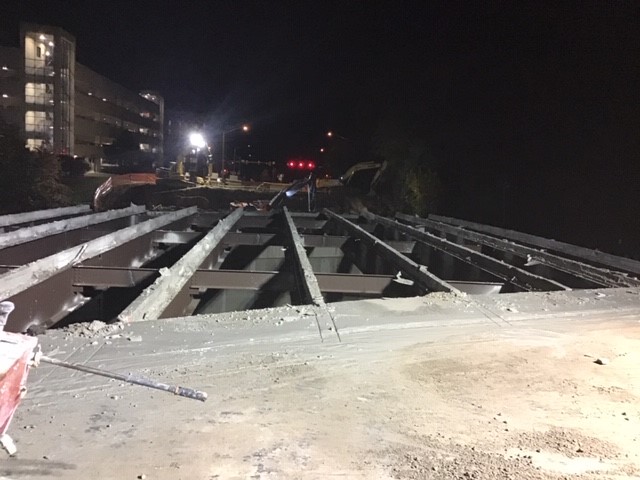 Concrete bridge deck has been removed over the Metrorail tracks and girders are nearly ready to be removed (Nov. 7). 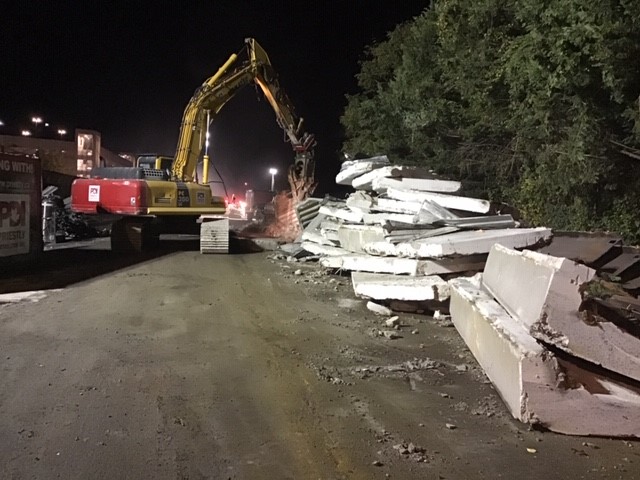 Slabs of concrete wall and bridge deck have been removed from over the Metrorail tracks and are ready to be hauled away (Nov. 7). 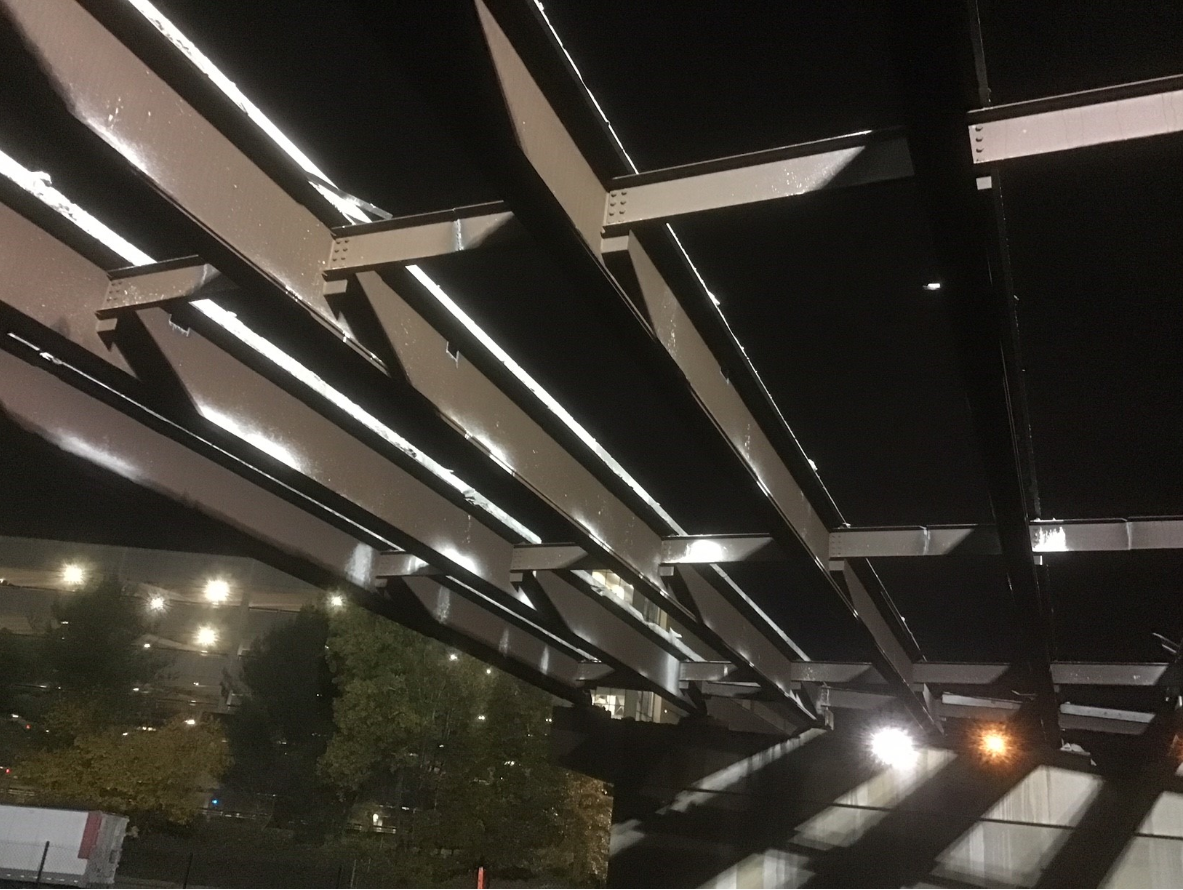 Bridge girders seen from below, ready to be cut, removed, and hauled away (Nov. 7).

The new Vaden Drive bridge will accommodate the future, wider I-66, and will provide dedicated Express Lanes access ramps to and from the west for buses and cars only.