A SPUI is also known as:

What Is A SPUI?

The image below shows how to navigate a SPUI. Click the image to view a larger version or watch the video.

The diagrams below compare the possible vehicle travel movements and associated conflict points at a conventional diamond interchange to a SPUI.

These represent a general case, with one travel lane in each direction, and don't take into account pedestrian or bicycle movements at an intersection or interchange.

When compared to a conventional diamond interchange, a SPUI has two additional crossing conflict points. 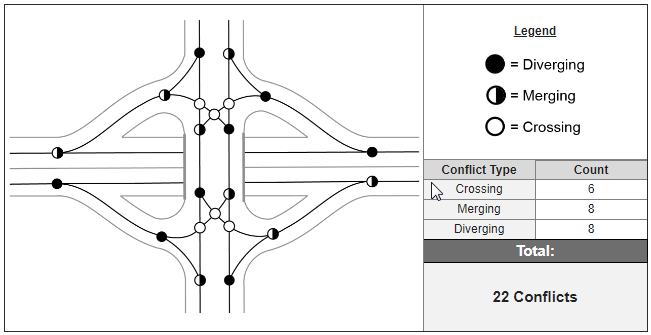 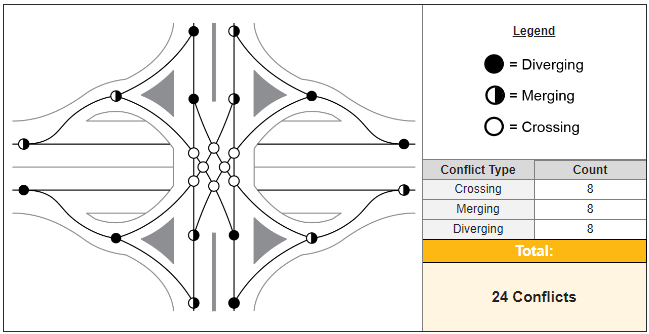